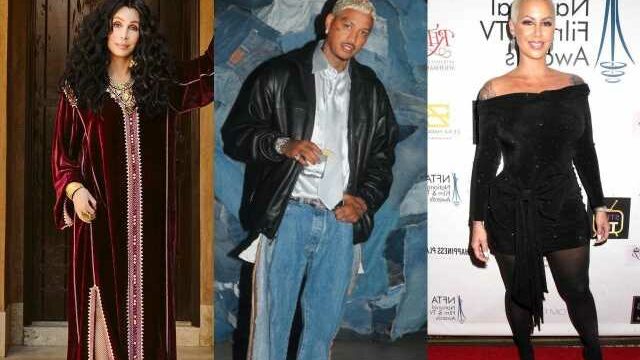 The music video vixen allegedly tells her friend that she’s ‘done dating black men’ after appearing to throw shade at her ex-boyfriend by calling him ‘abuser’ and ‘narcissist.’

AceShowbiz –Amber Rose is seemingly reevaluating her choice of men after her failed relationship with A.E., who is currently dating Cher. The model and television personality has reportedly sworn off dating “black men.”

A person close to the 39-year-old tells Media Take Out that the former wife of Wiz Khalifa has confided in her about her dating preference. The person says that Amber told her, “I don’t know, I think I’m done dating black men.”

The SlutWalk founder was in an on-and-off relationship with A.E. for years before they apparently called it quits for good earlier this year, following a brief reconciliation in January. They share a son, Slash Electric Alexander Edwards, who was born in October 2019.

Meanwhile, Cher has confirmed her relationship with A.E. after they were spotted walking hand-in-hand earlier this month. She has also defended her boyfriend against critics of their 40-year age gap, writing in a since-deleted tweet, “Love doesn’t know math, it sees.” She added, “Haven’t You Got Anything Else 2 Do⁉ Let Me Explain…I DONT GIVE A FK WHAT ANYONE THINKS.”

In response to a fan who felt suspicious of A.E.’s intentions, she replied, “As we All Know …I WASNT BORN YESTERDAY,& What I Know For Sure…There Are No Guarantees.” She continued, “Anytime you make a Choice You Take a Chance. I’ve Always Taken Chances…It’s WHO I Am.”