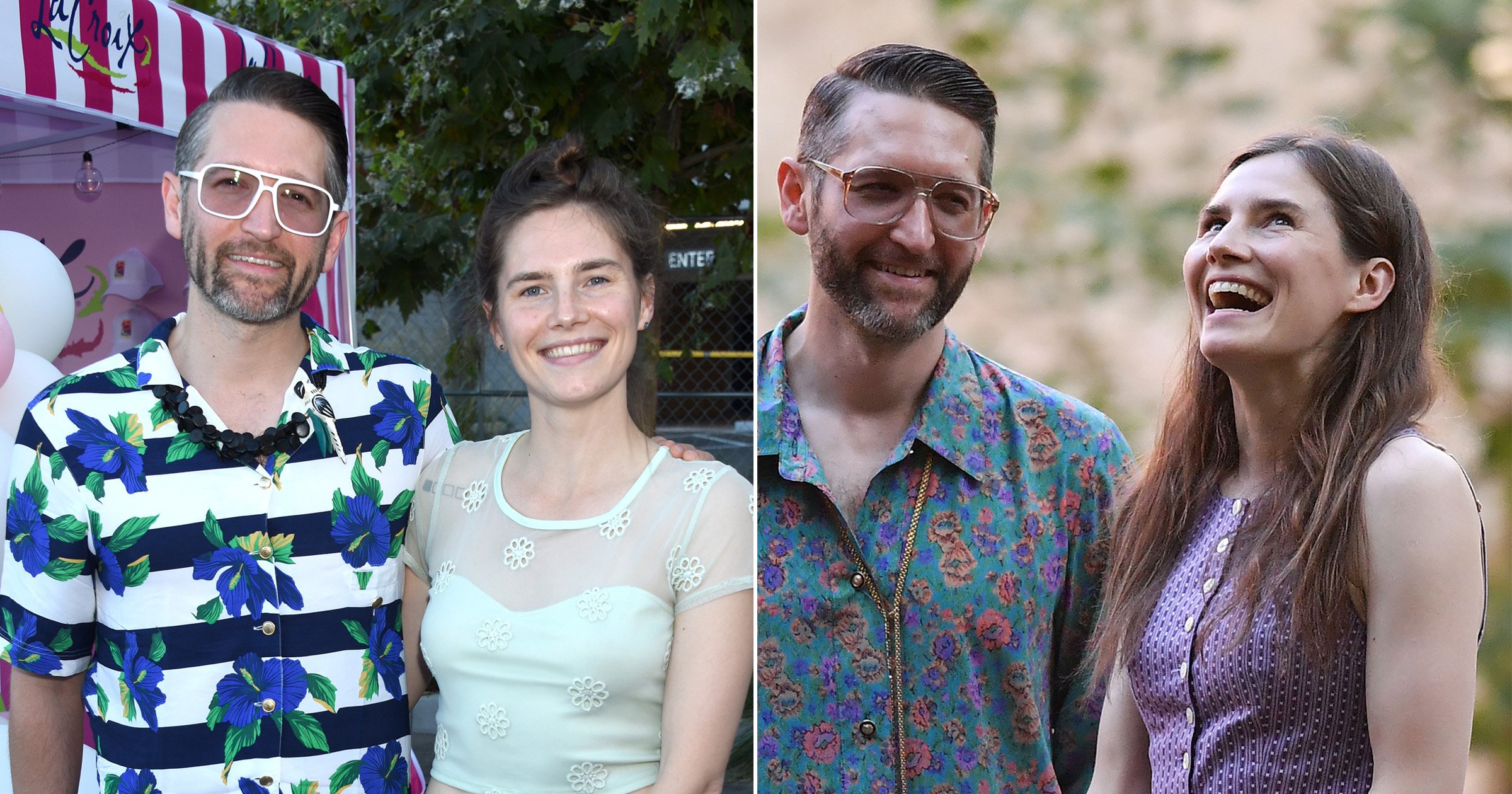 Amanda Knox has revealed she is pregnant months after opening up about a devastating miscarriage.

The author, 34, confirmed she and husband Christopher Robinson are expecting their first child together on her podcast Labyrinths.

Near the end of the latest episode, Amanda can be heard reading the instructions for a pregnancy test out loud and praying that it will give a positive result.

Once the results are in, Amanda can be heard exclaiming: ‘Yes! Yes, yes, yes. Oh thank goodness. Yay, we did it.’

The couple then confirmed together: ‘That’s right, we’re pregnant!’

It comes after Amanda revealed in July that she and her husband had suffered a miscarriage in May after getting pregnant shortly after they began trying for a baby together.

The pair were told during Amanda’s six-week ultrasound that the baby had stopped growing and had no heartbeat.

She said on her podcast last month: ‘That was confusing to me, because I thought: “Why would there be a dead baby just hanging out in there? If it wasn’t viable, why wasn’t it going away?”

‘My body didn’t even know, and that felt weird to me… I didn’t know that you could have a missed miscarriage.’

She added that she was ‘incredibly disappointed that that was the first story of my first-ever pregnancy.

‘I thought, like, I knew exactly what I want to do with my first pregnancy, and to have it not come to fruition not through choice felt like a betrayal.’

Amanda, who was convicted then acquitted of the murder of her former roommate Meredith Kercher while living in Italy, also questioned the reasons why she had lost the baby, telling listeners she had asked herself: ‘Do I have bad eggs and I just never knew? Am I too old? Did something happen to me while I was over in Italy?’

Amanda and Christopher have been legally married since 2018, a month after he popped the question, with the couple having a wedding ceremony in 2020.