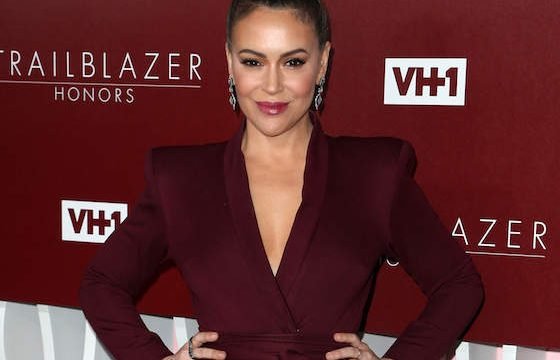 Wow, talk about a relatable story to come back to work to! I’m all too familiar with not having sex. But in my case, it’s because I’ve now got a five month old 20 pound, 24-hour eating machine who sleeps two feet away from me, and I’m barely awake enough to put my pants on, let alone take them off. But this isn’t the kind of no-sex situation Alyssa Milano was hoping for. And bad news for Alyssa, it kind of backfired on her.

As I’m sure you’re well aware, Georgia recently passed the fetal heartbeat bill, which would prohibit women from obtaining an abortion after the detection of a heartbeat, around six weeks. Because I guess they just weren’t happy with the off-key “Made in Georgiaaaaa” song being the most irritating, eye-twitch-causing thing related to their state.

Plenty of people are speaking up about it. Like Alyssa Milano, who wanted to do something as a form of protest, and figured flipping the switch from “freak on” to “freak off” was the way to go. On Friday, Alyssa called for a sex strike on Twitter. She encouraged women to put sex on hold as a means of preventing any accidental babies while also punishing the penises that help to make said babies. Thus, Alyssa’s #sexstrike was born.

On Saturday, Alyssa explained to the Associated Press that she decided to borrow the idea from other historical sex protests, like the 2003 movement by Liberian women as a demand to end the country’s second civil war.

“We need to understand how dire the situation is across the country. It’s reminding people that we have control over our own bodies and how we use them.”

NBC News points out that Alyssa’s tweet didn’t inspire too many of her followers to join the strike. While she did have the support of The Divine Miss M, many women pointed out to Alyssa that her #sexstrike made it seem that women only have sex as a favor to men.

Conservatives meanwhile praised Samantha Micelli for promoting abstinence. And of course, plenty of people made jokes about already participating in a sex strike due to being married. None of which were likely the #sexstrike’s intention.

It’s easy to see where Alyssa was trying to go with her #sexstrike, but it wasn’t the success she was most likely hoping for. Maybe her message of women’s body autonomy just needed a bit more explaining. Especially for the dudes who got their sex education courtesy of IHOP, and believe life begins at pancakeception.