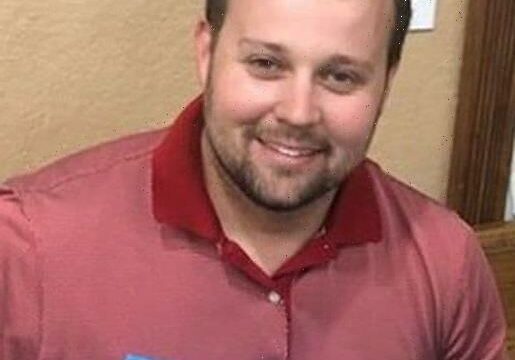 A woman named Karlie Brooks has come out and claimed she carried on an affair with Josh Duggar.

This, in and of itself, is not news.

The father of seven, remember, confessed in 2015 to having slept around often behind his wife’s back, admitting he used the website Ashley Madison years ago to find multiple mistresses.

Yes, Josh was a creep long before he was convicted in December on child sex abuse charges.

Brooks, however, uploaded a TikTok video this week in which she delved into some of the details behind her time along with Duggar.

And these details, if true, are simply sickening.

In the short clip, Brooks said the following:

“Speaking of Josh Duggar, I am ashamed to say this: I have slept with him a few years ago when the whole Ashley Madison scandal came out.”

Shortly after Duggar admitted to being a client of this adultery-themed website, an adult film star named Danica Dillon also alleged that she had met Josh and slept with him through the platform.

Continued Brooks, who works in the same industry as Dillon, in her message:

“I was one of the women that slept with Josh during that time and just hearing everything that has gone down with him makes me absolutely sick.

“I am so disgusted that I’ve been with him.”

Josh, of course, was found guilty about six months ago of downloading illicit material.

This material involved children under 12 years of age either in some state of undress… or performing sex acts against their will.

He was sentenced on May 25 to 151 months in federal prison and is expected to report to this prison in the very near future.

Brooks, meanwhile, went on to make shocking and disgusting claims about exactly what Duggar asked her to do behind closed doors.

First, she simply said via TikTok that Josh “paid me a generous, a really good amount of money. I’m not gonna disclose that on here.”

But then she divulged what the money was supposedly for.

According to the YouTube channel “Tuff Topic,” which seems to have captured Karlie’s video before she took it down, Brooks allegedly said that Josh has asked for her to put her hair in pigtails… shave everything on her body … and cover up all of her tattoos.

She also alleged that Duggar picked out underwear from the kids’ section for her to put on when they would meet up, implying that she been intimate with him on numerous occasions.

To be clear, we cannot verify this story.

We have no idea if what Brooks has claimed is valid or not.

We can say, though, that almost nothing we learn about Josh Duggar at this point would come as a surprise.

Duggar previously denied he slept with Dillion, although he did admit to cheating on wife Anna in a statement about seven years ago, around the time it also came out that he molested his own sisters as a teenager.

“I have been the biggest hypocrite ever,” said the former reality star back then.

“While espousing faith and family values, I have secretly over the last several years been viewing pornography on the internet and this became a secret addiction.

“I became unfaithful to my wife.”