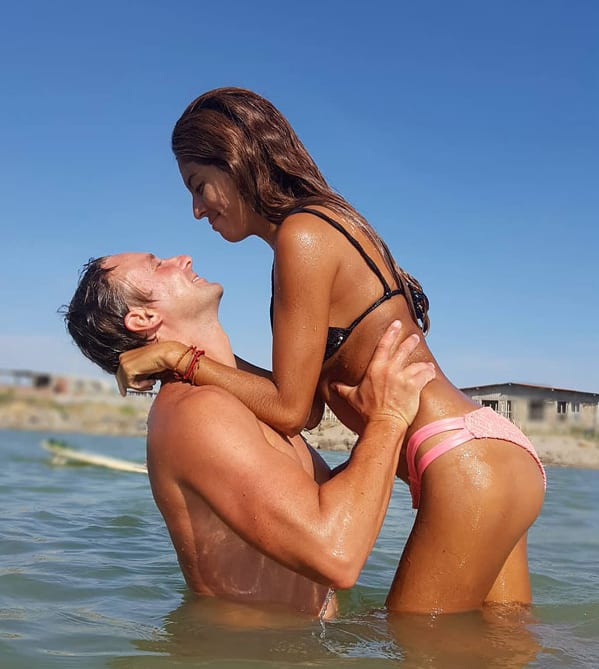 As fans of 90 Day Fiance are well aware, the show is infamous for using editing to make situations appear even more dramatic than they already are.

But it turns out that the first trailer for 90 Day Fiance: The Other Way went above and beyond in terms of misleading fans.

Reader beware: you’re about to see spoilers for Evelin and Corey’s story.

90 Day Fiance: The Other Way follows a reverse of the usual story, as Americans prepare to move overseas for love.

Some of the lovestruck fools in the trailer appeared to be being scammed (in fact, one had literally been catfished … but wants to marry him anyway).

It looked like Corey was in that boat, too.

The trailer showed him give up everything to live with Evelin, who didn’t look interested in even wearing a ring in the trailer.

To make matters worse, she lives in a remote village in Ecuador where there’s no running hot water and where electricity is spotty at best.

See that photo of Evelin? That’s a screenshot from the trailer.

And then the TLC blurb reveals that Corey has already poured tens of thousands of dollars into this relationship.

Specifically, he’s spent the money on her and her family — though the blurb doesn’t say how.

It sounds like he was scammed during a long-distance relationship and like Evelin is annoyed that he’s finally coming to meet her.

But the situation is far from a scammer’s chickens coming home to roost.

Their actual story sounds more like an epic romance.

Some amazing cyber-sleuthing by Starcasm reveals that the trailer doesn’t tell much of the story.

First of all, Corey is a surferer and world-traveling adventurer.

He has a degree in film and broadcasting, and he films cliff jumpers and surfers all across the globe.

Back in 2014, his plane had a mechanical problem and he ended up staying in Peru for a while instead of going to Hawaii.

He first met Evelin when she had her surfboard on the beach. He took notice of her immediately.

Corey later ran into her at a party, like something out of a romantic comedy. Sparks flew.

They’ve now beein in a relationship for five years.

Though they are sometimes in different countries, they have also done a lot of traveling together.

They even have a beautiful pet husky together. Awww!

Evelin’s family has a restaurant, and Corey currently helps her run an attached cocktail bar on the beach.

In fact, there’s a photo of the two of them that the Guayas Provencial tourism board has used.

Corey has also purchased property along the beach, and announced his intention of possibly building a beach house at some point.

So yes, he’s spent a lot of money … on the place where he intends to live.

And also yes, he’s moving to a place where things like wifi and running hot water are not to be found.

But while that’s a dealbreaker for a normal person who loves themselves, Corey is a world-traveler who is okay with roughing it.

And his relationship with Evelin not only started in person, but has been ongoing since 2014. That sounds serious.

It looks like these two make it to the altar and you know what? Good for them.