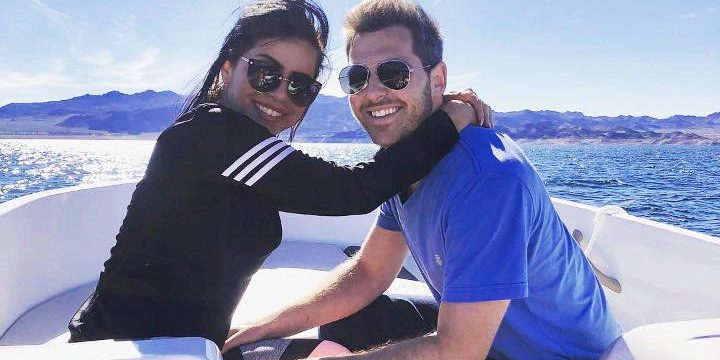 Announcing the sad news on her Instagram account, the Brazilian native reveals the reason of their breakup, ‘I need to work on me and focus on my healing of my scars.’

AceShowbiz -Despite showing nothing but affections towards each other in public, Larissa Dos Santos Lima and Eric Nichols felt their relationship wasn’t working out the way they wanted. Thus, the couple decided to call it quits after eight months of dating. The “90 Day Fiance” star broke the news on Instagram on Wednesday, September 11.

She assured that their split was amicable and revealed the main reason why their romance ended with a split. “I need to look in my own soul and focus on being the best Larissa I can be,” she said, mentioning her past relationship with Colt Johnson. “I try to heal one painful breakup by jumping in relationship with Erickee but I know now I need to work on me and focus on my healing of my scars.”

However, some people sounded off about their split as they pointed out that Eric still considered her as his girlfriend in his social media profile and kept their photos together. This made people believe that Eric didn’t even know about the split. In response to this, Larissa explained in a since-deleted post, “I sent him a text he never answered , so I decided to make it official online. I did not breakup because a post, but because a series of events.”

“We had a lot of fun together, but we are not on the same page of relationship,” the Brazilian beauty continued. “I was giving too much and not having enough effort back. Eric is a great person, loved him and I tried since the first kiss until the very last rose. I realized that I need to concentrate on me and love myself more before I can be with someone, he is a good guy and wish him the best!!”

Larissa started dating Eric in February, shortly after she split from then-husband Colt. She initially tried to hide his identity, but later opted to show him off in the public eyes weeks after confirming their relationship.