When royal brides such as Mark Phillips’ daughter Zara Tindall and Prince Andrew‘s daughter Princess Eugenie walked down the aisle, thousands of eyes were watching their gorgeous wedding outfits, but did you spot their father-daughter moments?

Michael Middleton, John Spencer and more doting dads were among the parents who gave their daughters away at their wedding. On Father’s Day, look back at the sweet wedding photos of the father of the brides…

The Duke of York and his youngest daughter Princess Eugenie linked arms as they arrived for her wedding ceremony in Windsor in October. Prince Andrew appeared to take his father of the bride duties seriously, and was later seen assisting with her dress as she got into her car to head to their evening reception. 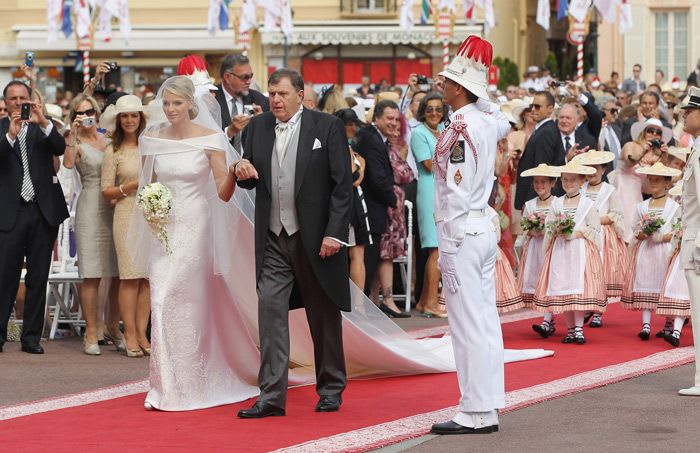 Princess Charlene of Monaco was pictured walking down the aisle with her father Michael Kenneth Wittstock for her religious ceremony with Prince Albert II at Prince’s Palace in July 2011. He looked smart in a black and grey ensemble as he offered a steady arm for the bride as they walked through the crowds.

MORE: Royals’ spectacular second wedding dresses you may have forgotten 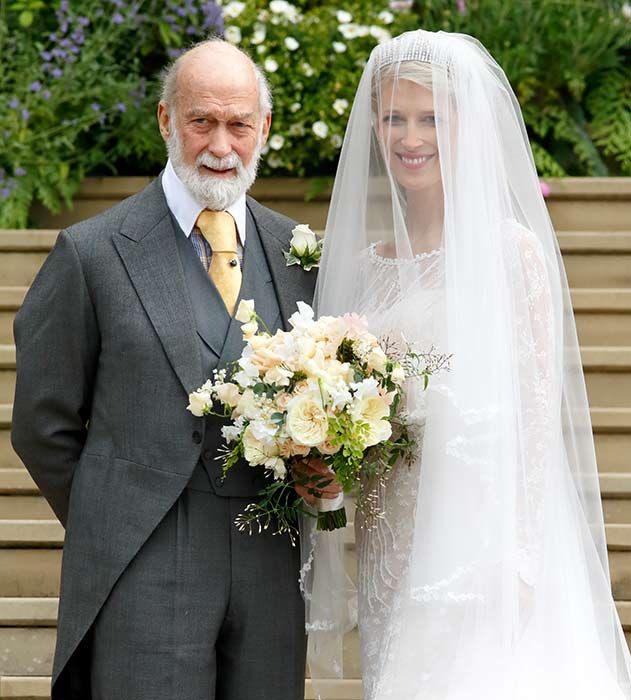 Lady Gabriella Windsor was accompanied by her father Prince Michael of Kent as she arrived at St George’s Chapel, Windsor, for her royal wedding in May. The father of the bride looked smart in a grey morning suit with a yellow tie as he led Lady Gabriella up the chapel steps.

Princess Anne’s former husband Mark Phillips appeared in high spirits as he escorted their daughter Zara into her wedding ceremony in 2011. The proud dad was dressed in a traditional tailcoat and formal trousers for the royal wedding, which was held at Canongate Kirk in Edinburgh.

Michael Middleton and the Duchess of Cambridge 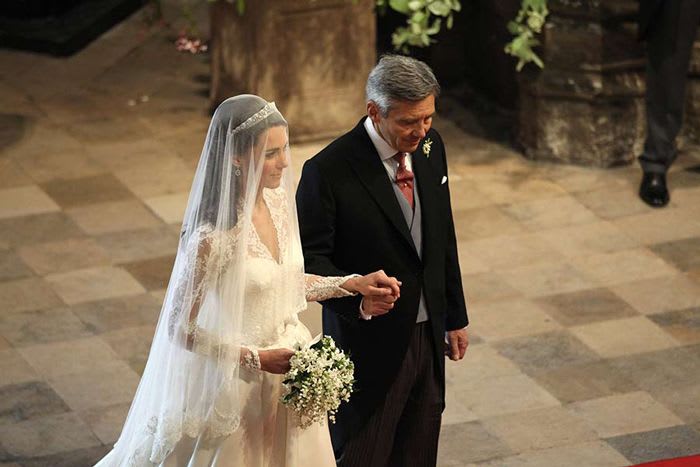 Giving his daughter away to become a member of the royal family with the eyes of the world watching was no doubt a daunting experience for the Duchess of Cambridge’s father Michael Middleton. But he showed no sign of nerves as he accompanied his eldest daughter into Westminster Abbey, holding her left hand as they walked together.

MORE: See the most adorable royal bridesmaids and pageboys 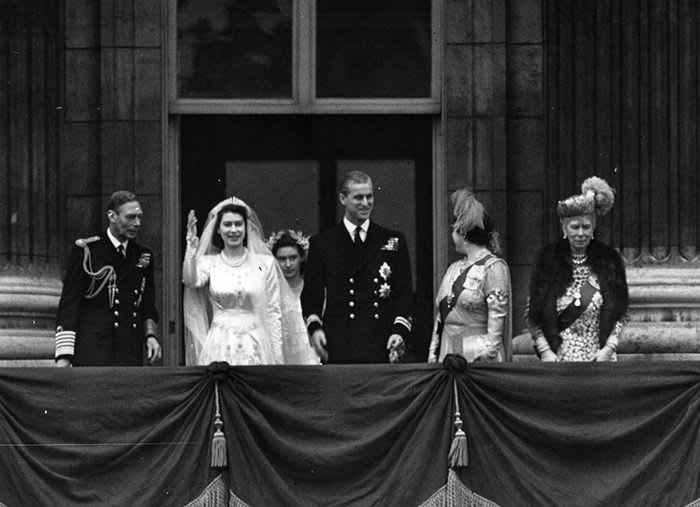 Newlyweds Princess Elizabeth and Prince Philip were joined on the Buckingham Palace balcony by her parents King George VI and Queen Elizabeth after their wedding ceremony in 1947. 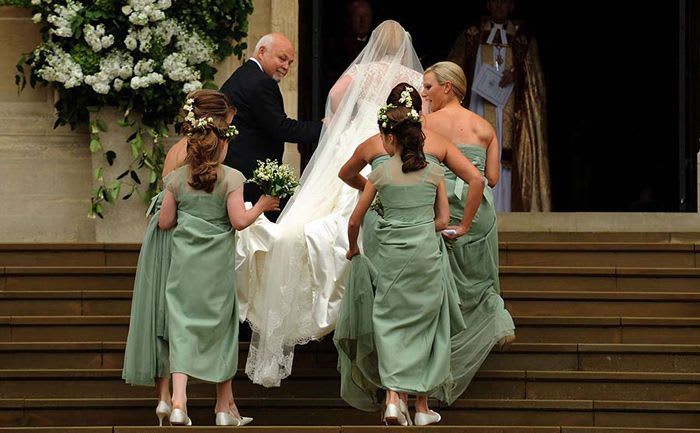 Proud dad Brian Kelly was close at hand for his daughter Autumn’s wedding to Peter Phillips in Windsor in 2008, and appeared to check that not only was she ready for the ceremony but also her bridal party, including sister-in-law Zara.

Christopher Bournes Rhys-Jones and the Countess of Wessex

The Countess of Wessex arrived with her father Christopher Rhys-Jones for her wedding to Prince Edward at St George’s Chapel, Windsor, in 1999. 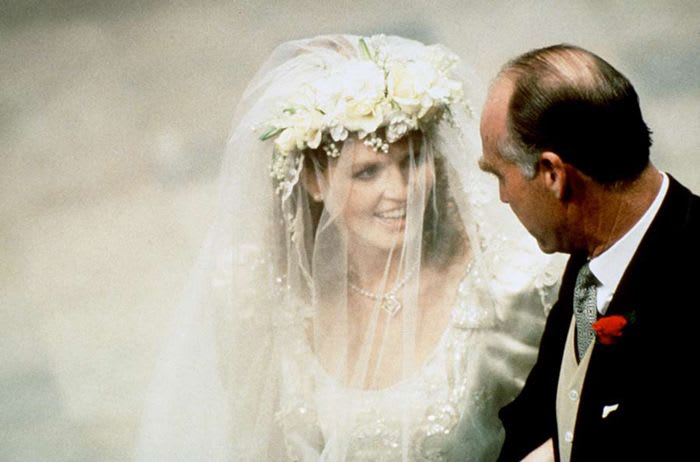 Sarah Ferguson was given away by her father Ronald Ferguson for her wedding to Prince Andrew, hosted at Westminster Abbey. Wearing a dapper black morning suit and pale waistcoat.

RELATED: Royal brides had the BEST ‘something borrowed’ on their wedding days – see photos for proof 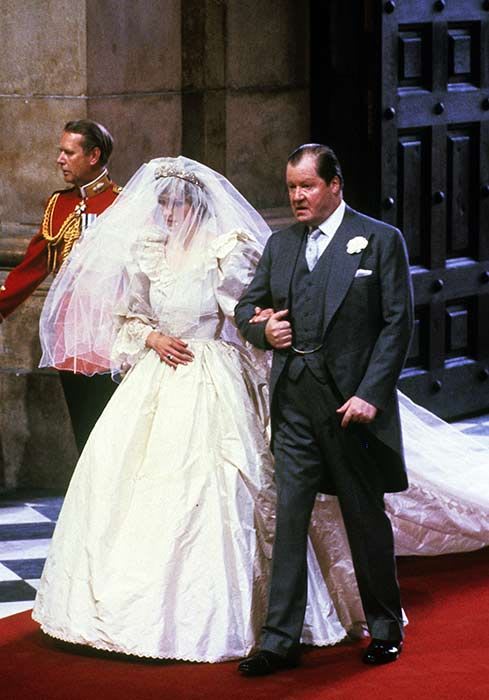 The late Princess of Wales was walked down the aisle for her royal wedding to Prince Charles in 1981 by her father, Earl John Spencer, who looked smart for the historic occasion in a grey three-piece morning suit.

The Duke of Edinburgh and Princess Anne 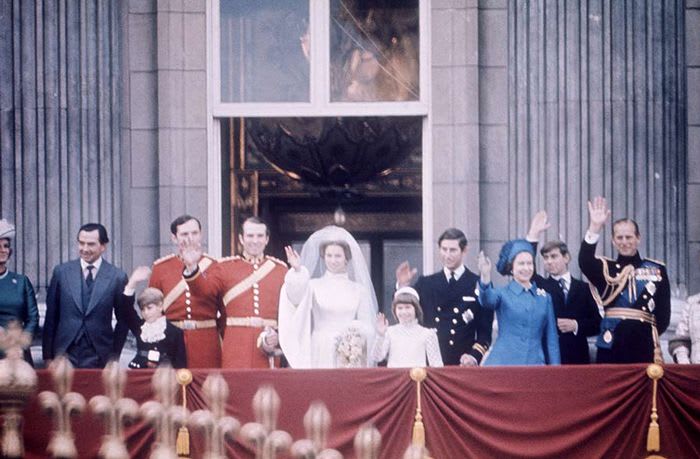 The Duke of Edinburgh looked proud as punch as he joined the Queen and other members of the royal family on the balcony at Buckingham Palace at Princess Anne’s wedding to Mark Phillips in 1973.