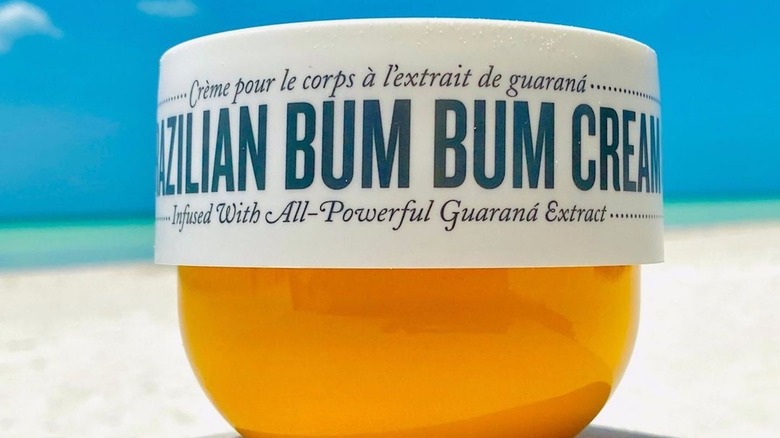 Sol de Janeiro Brazilian Bum Bum Cream is a pretty top notch beauty product. Not only does this product have a nearly five-point rating on Sephora (per their website), but beauty blogs such as EatingWell have hyped up the cream, claiming it soothes skin and keeps it moisturized.

We’re not saying Sol de Janeiro’s cream is bad here — we’re probably in agreement with the thousands who’ve reviewed it on Sephora. But, while this Brazilian Bum Bum cream may have great benefits, it doesn’t have a good cost. Per Sephora, the product cost nearly $50. Sol de Janeiro Brazilian Bum Bum Cream may be good, but it’s not that good to splurge on all the time.

But, with almost every expensive product out there, there’s an affordable dupe. For Sol de Janeiro Brazilian Bum Bum Cream, its replacement is the Tree Hut Tropic Glow Lotion, per PrismPop.

Not only is Tree Hut’s product less than $10, but it also has a similar scent to the bum bum cream — fruity and sweet. According to Ulta, the ingredients in the glow lotion consist of “cupuacu butter, guarana extract, pistachio seed oil, and pure natural shea butter,” all of which are vegan, paraben, and sulfate-free.

There are some downsides to the Tree Hut Tropic Glow Lotion 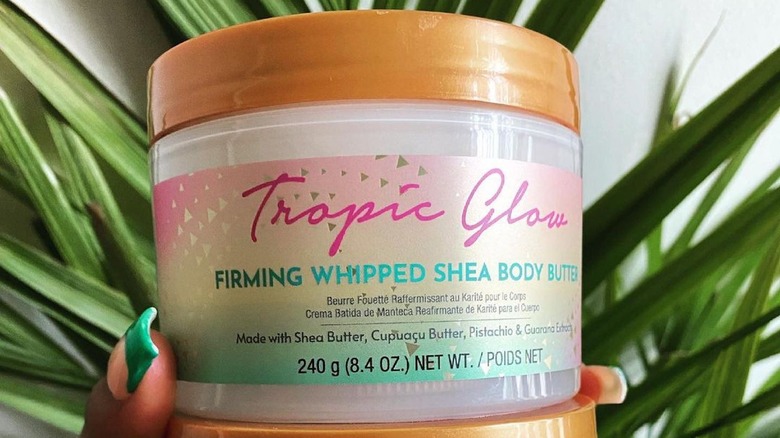 Though Tree Hut is a worthy dupe to the Bum Bum cream, it still has a few kinks. For one, according to PrismPope, the product doesn’t last as long. The formula is not as thick or creamy, so the so-called promise of 24-hour moisturization is, uh, unfulfilled.

One reviewer from Ulta even noted that, though the products work fast, it’s not as effective. “This sinks into the skin super fast, but I do not feel moisturized as much as I believe I should with a body butter. This is not nearly as moisturizing as the more expensive one,” they wrote. Furthermore, the reviewer also stated how the glitter, while not super noticeable, is bothersome.

That said, while the Tree Hut is a good dupe, its quality can’t compare to the Bum Bum cream. If you’re willing to splurge a bit, head to Sephora. But, if you’re more on an affordable beauty track, the Tree Product is for you. No matter what you choose, you can’t go wrong.