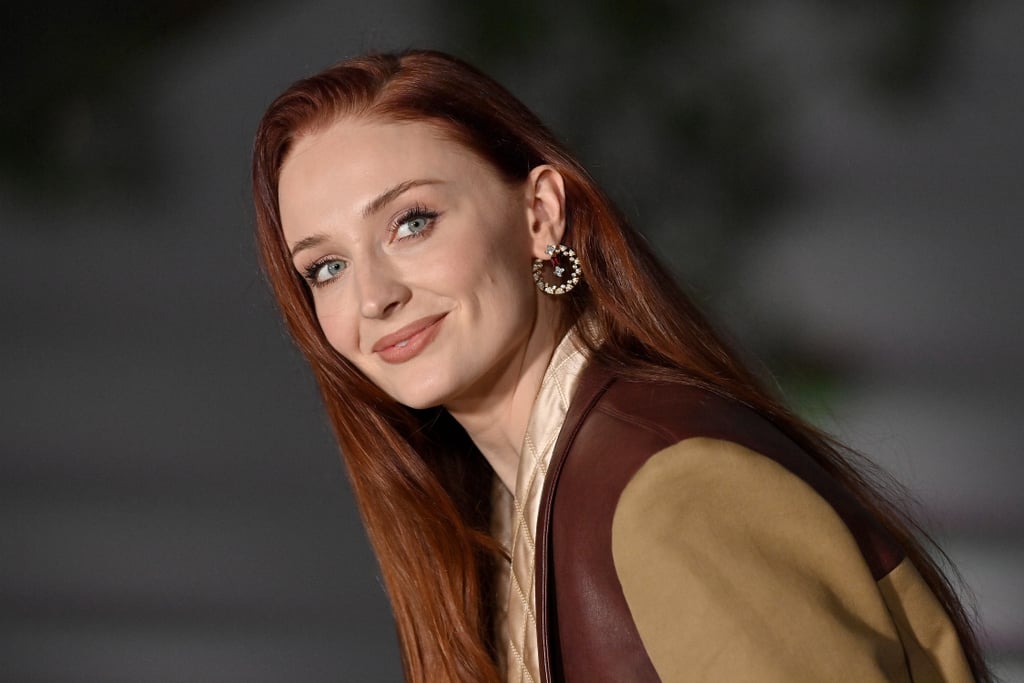 Sophie Turner’s “Birkin” Bangs Give Her a Whole New Look

Sophie Turner has tried countless beauty trends — most recently “siren eyes” with a twist — but she took it up a notch with a more permanent hair change. At Glamour’s Women of the Year Awards on Nov. 1, the “Game of Thrones” star debuted a wispy, long fringe known as “Birkin”-style bangs.

Named after actor and model Jane Birkin for her iconic hairstyle of the ’60s, “Birkin” bangs are longer than your traditional fringe, hitting right in between the brows and lashes. “They’re not heavy bangs at all and are, in fact, sparse enough to expose the eyebrows despite being long enough to cover them,” Devin Toth, hairstylist at Salon SCK, previously told POPSUGAR. Turner’s in particular are perfectly symmetrical, extending in sparse gaps to the lowest arc of her eyebrows. She wore the effortless bangs with her long red hair in loose waves, along with sultry dark eye makeup.

Prior to her recent chop, Turner last sported bangs in May 2021. While the blunt bangs were cut to a similar length and wispiness, the actor was still blond at the time, which made for a completely different look. Now, she joins celebrities like Becky G and Lily Collins who’ve recently experimented with “Birkin” bangs.

Ahead, see more photos of the hair chameleon’s fresh haircut ahead.