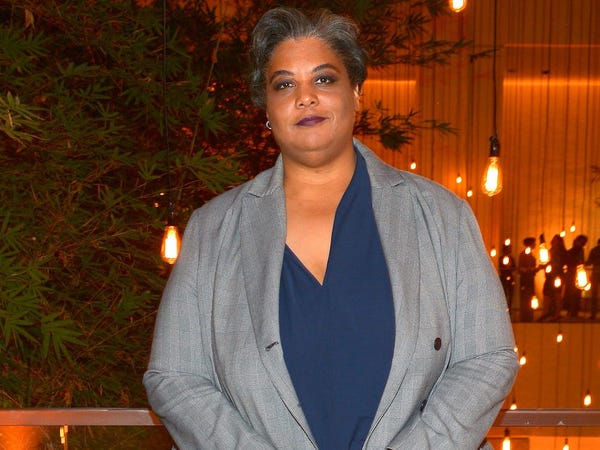 Reuters has responded to claims that the media agency "photoshopped" makeup onto feminist author Roxane Gay in a video shared on its Twitter feed.

In the interview about the centennial of women's suffrage in the US, Gay (who said she was not wearing makeup) appeared to be wearing plum lipstick and brown eyeshadow — however Reuters has since said the video was not edited.

A statement was tweeted by Reuter's PR team, which read, "No filter or other coloration was applied to the Reuters video interview with Roxane Gay, as this is strictly against our policy."

"The color quality of the video is due to shadows from poor lighting as well as low resolution," it continued.

Gay retweeted the video in question Wednesday, revealing she had gone makeup free that day. She said, "Did this short interview yesterday about women's suffrage. I wasn't wearing makeup so I am FASCINATED by how they photoshopped (??) some on."

Adding that she thought it was "funny" and that she was "not bothered," she also continued that it was a "really bad makeup job."

People called the apparent editing "strange" with another saying it was "BONKERS." Media correspondents also chimed in, with one writing that it was "not ethically an OK thing to do" — calling it "manipulation of the subject matter" — while another wrote, "As a TV reporter, I am trying to figure out 1) who gave them permission to do that, and 2) WTAF — a total violation of your space."

In the interview, Gay discussed how the centennial of women's suffrage is "only part of the story" — as Black women were only given the right to vote in 1965, 45 years later.

While she credited white suffragists for their work, she discussed how it was "incredibly short-sighted" and predominantly focused on white middle class women, saying, "As long as we forget who has been left behind, not only then but now, we just really haven't learned anything."

"If we don't all advance, none of us should advance," she said.