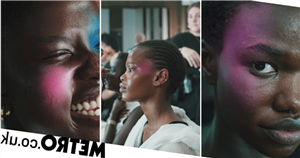 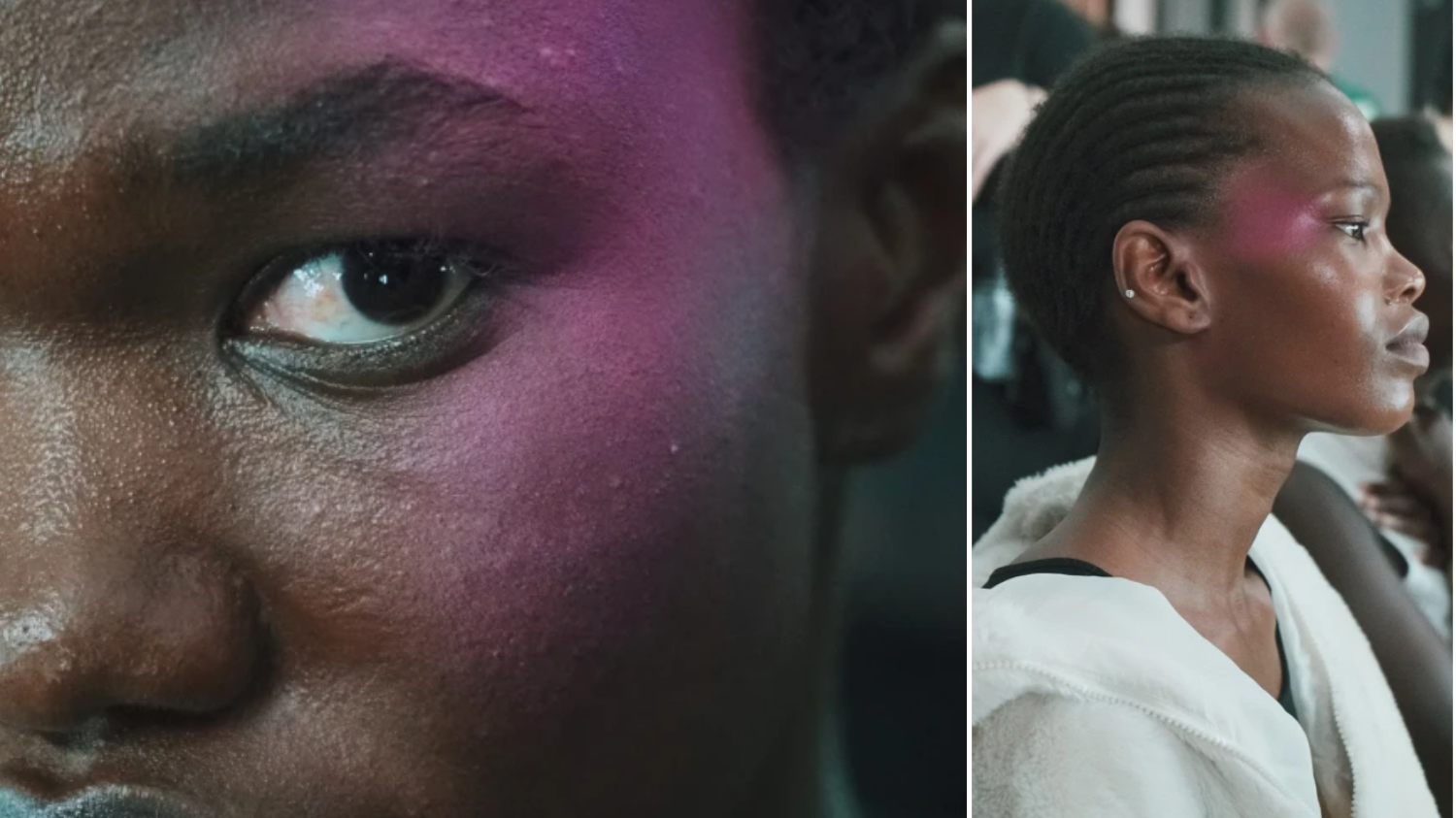 While many of us would shy away from the editorial makeup seen at London Fashion Week, the trends trickle down to more wearable forms for everyday beauty.

The makeup looks seen at Chet Lo’s show, created by MAC Cosmetics’ global head of artistry Terry Barber, are a prime example of this.

Terry, a renowned makeup artist who was Grace Jones’ go-to for years, has been trend spotting and says powerful pigment in ‘unusual’ places is coming into fashion.

We’re already seeing signs of it – think of the blusher techniques TikTok has popularised, such as the ‘W’ blush trick (otherwise known as the sunburn look) and blush draping which sees product applied higher up near the temples.

Terry told us backstage Chet’s show: ‘We’re doing bright colours with eyeshadows and blushers but in unusual placements, slightly off the usual places.

‘I was inspired by Holi festival and the pigments used there, flying in the air and landing on faces and Chet’s love of Japanese cartoons – it’s a mixture of those references.’

Colour was seen on models coming from the hairline into the eye area, as well as being artfully placed on only one eye, while others had it splattered onto the face.

Tone these shapes down to a wearable, everyday look.

‘It’s an interesting take on bright colour,’ Terry adds, ‘because I think when you use bright colour with a basic placement it can look quite clownish.’

This is something we all fear when delving into bright tones, but actually when going bold with blush or eyes, you don’t need much other makeup.

Terry kept the rest of the lips and face bare. This makes the look more modern and far from clown-like.

‘It’s almost like the makeup is a piece of jewellery,’ he says, when pigment gets lifted and placed in untraditional places on the temple.