Kelly Ripa is still enjoying some time with her family while on vacation from Live with Kelly and Ryan, and she’s soaking up every moment that she can.

Since she and husband Mark Consuelos became empty nesters last year, they’ve been looking forward to each moment they spend with their kids.

It was in an episode of the show in July that the mom-of-three shared that the family celebrated another milestone of growth for the youngest in the household, her son Joaquin.

“It was a big day in our house, Joaquin got his driver’s license,” she revealed on the show, to a round of awe and applause from those in the studio.

Co-host Ryan Seacrest questioned whether he’d be using it, with Kelly stating that it would come in handy now that he lives in Michigan where he attends university.

She expressed that she was still in a little bit of shock, however, as she wondered: “How can the newborn baby have a driver’s license.”

Moving to Michigan persuaded Joaquin to get his driver’s license

Although Mark talked some sense into her, saying: “Calm down, he’s 19. My nieces have had their driver’s license for four years now.”

Elaborating on how the need for one came about, Kelly explained that Joaquin had a bicycle that he rode everywhere and expressed his contentment with.

MORE: Kelly Ripa reveals the procedure she did to remove her freckles

“And then,” she added with a chuckle: “Michigan winter rolled in and he was like ‘I think I am going to need to get a driver’s license, because it’s freezing here’.”

Kelly and Mark are also parents to Michael and Lola, who chose to study in New York and remain close to home. 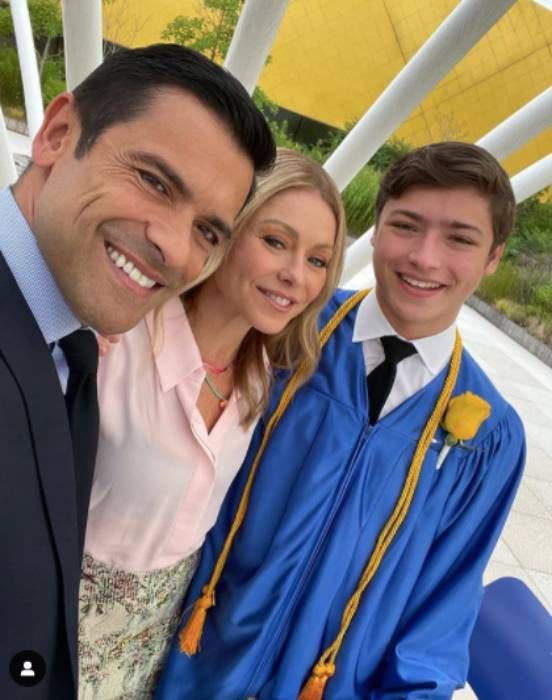 However, since then, the two have moved out of the house for their own separate endeavors as well, with Lola continuing with her studies and preparing for a semester abroad while Michael has ventured into filmmaking and acting, even working with his dad on Riverdale.